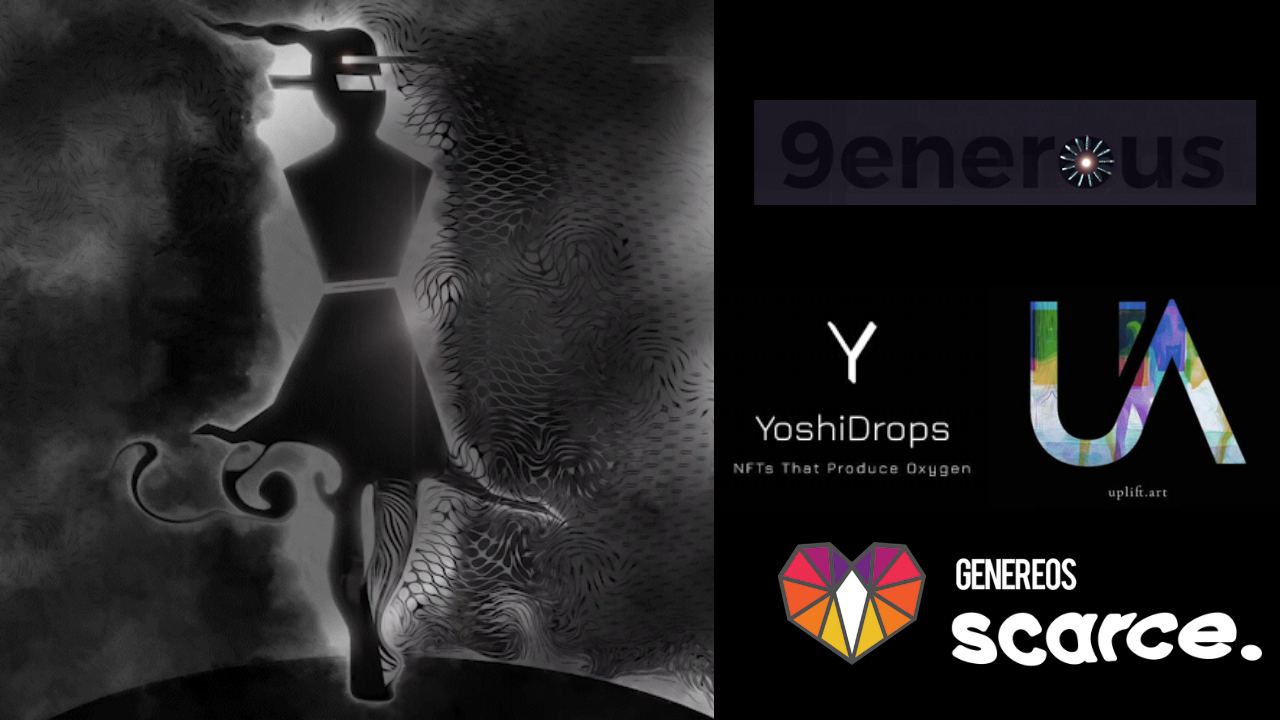 YoshiDrops and GenerEOS in association with Scarce are about to team up to release 9enereos, a special limited edition NFT series on WAX. With blockchain being such an important foundation to create transparency and bring equality to all, it seems primed to help enable humans and society without having a negative impact on the surrounding environment. This 9enereos collection is intended to highlight the core value of blockchain “GenerEOSity” by not only shining a light on the negative impacts that minting NFTs on resource-heavy blockchains such as Ethereum can have but utilizing EOSIO technology to both minimize the environmental impact of the minting and distribution process as well as use the proceeds from the collection itself to offset carbon emissions by planting thousands of new trees.


Cost of Minting NFTs – Ethereum
Take, for example, “Space Cat,” an NFT that is essentially a GIF of a cat in a rocket headed to the Moon based on Ethereum. According to the website cryptoart.wtf, Space Cat’s carbon footprint is the same as an EU resident’s energy consumption for two months. However, after being criticised as an overestimation, Atken, a digital artist did a further investigation analyzing 80,000 NFT transactions and found that it was still at least one month of an EU resident’s energy consumption which is still MASSIVE. 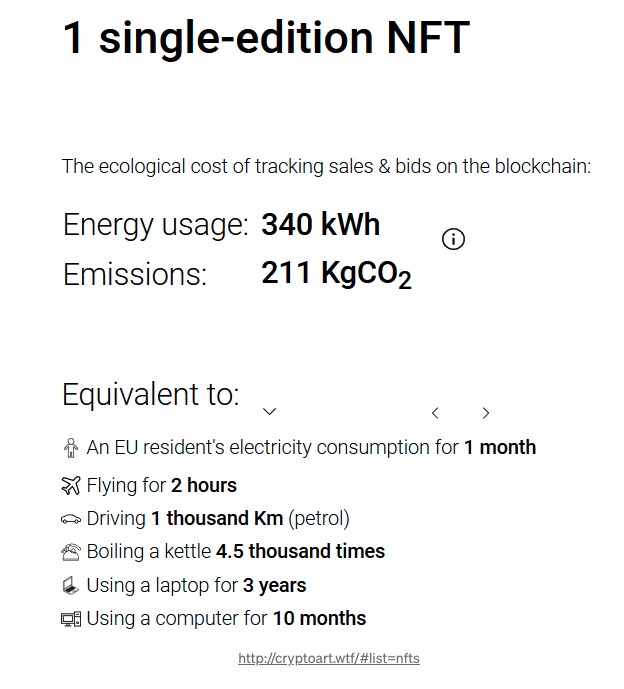 If we take the above example and assume that the energy usage from 1 single-edition NFT is 340 kWh and use the analysis that we performed in 2018 you can see that EOSIO is 17236 times more energy efficient than Ethereum. This would equate to 0.019726 kWh for minting the same NFT on EOSIO which would be the equivalent of around 2 minutes of an EU resident’s energy consumption.

To shed light on this extremely impactful business that is happening to our planet and to show the way forward, some of the proceeds from this collaborative 9enereos series will be utilized to offset the carbon emissions by partnering with OneSeed to plant trees. In addition, GenerEOS in collaboration with Scarce has pledged to match proceeds raised up to a maximum of 500 EOS.

If we can total 800 EOS overall, it is estimated that we can plant 3500 trees at today’s prices. This plantation alone will offset around 1 tonne of CO2 emissions each year which would be the equivalent of 3 Ethereum based NFT editions and 51,759 EOSIO based NFTs.

Coming soon, the 9enereos box drop will combine a number of rarities of assets into this event designed in collaboration with YoshiDrops, Uplift.Art and mBlu, GenerEOS, and Scarce to bring about corrective change utilizing a portion of the proceeds from this drop in combination with pledged matched funds to reduce carbon through the planting of real-world trees.

The sheer potential of WAX to shape the possible carbon productive future of NFTs going forward, the goodwill and generosity embedded within redefining a paradigm fit for a prosperous future of giving by all the people and teams involved, and the chance to do something good for the world at large and the people who reside within it, is something we together in the spirit of generosity and creative philanthropy could not resist. We hope you enjoy this upcoming collaboration as much as we do, and that you come out in full support of GenerEOS, Scarce, and our partners in this endeavour mBlu, YoshiDrops, and friends.